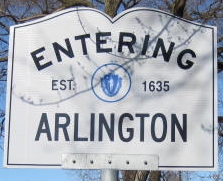 Honestly, the all-White Oscar acting nomination is not surprising to me, the controversy is. The lack of diversity in the Awards Academy nominations surfaced in previous years already. According to the Los Angeles Times, 94% of the Oscar voters are Whites, 77% male and have a median age of 62. Beyond the lack of diversity, another issue arose: “But I think it sucks that if black people want Academy Awards we can’t just make movies about anything but slavery,” said Trevor Noah, Host of the Daily Show. This statement prompted questions on the role the Awards Academy expects black talents to play. Well, how does it relate to Arlington?

“But I think it sucks that if black people want Academy Awards we can’t just make movies about anything but slavery,”

In the movie industry, the Eddie Murphies, Denzel Washington and Whoopi Goldbergs of the world paved the way for a stream of actors and actresses who depicts the complexities of black identities. On the small screen, African-American actresses fiercely trump prime time on national TV with two shows casting black female leads pursuing ambitious careers: Scandal and How to Get Away with Murder on ABC. But I still wonder if these accomplishments suffice to reset the monochromic vision of black individuals in the public consciousness.

Charlotte Rampling, a British aspirant to the best actress Oscar said on French radio over the fuss on this all-White list of Oscar acting nominees “It is racist to Whites.” She since back-tracked her comments and later affirmed that “Diversity in our industry is an important issue that needs to be addressed.” Let’s think through her initial comments. Reverse racism, a belief that whites people are as discriminated against or even more than black people, has increased in the last six decades. According to a 2011 Tufts and Harvard Business School research, “Whites think more progress has been made toward equality than do Blacks, but Whites also now believe that this progress is linked to a new inequality—at their expense.” Is it being discriminatory to white people to ask that black and white talents be judged equally? Rampling benefits from an industry that rarely features minorities in roles which are not color-coded. If that ever changes, Mo’Nique, an African-American actress who won the 2010 Best Supporting Actress Oscar for the movie “Precious,” – a movie about rape and poverty, no slavery – may have played her part in “45 Years”, the film Rampling is currently nominated for.

“It is racist to Whites.”

One can’t do much about discriminatory individuals but many can do plenty against institutionalized discrimination.

What I know from experience is how the Arlington Diversity Task Group is pushing for more diversity in town government, networking with local minority groups to amplify their voices, resolutely holding the Arlington Public School system accountable for diversifying Arlington Public School’s teaching corps, sponsoring public conversations on diversity matters like unequal justice, stigmas, or the forum “We are many faiths and spiritualities,”. The Arlington Diversity Task Group often converse with the Arlington Police Department and the Human Rights Commission, who are the first responders to any discriminatory acts perpetrated in town. That I know for I have been an enthusiastic member of this group, which encourages Arlington to examine steady steps the community can take to be welcoming to all, in practice as well as in policy.

Once a blue-collar town, Arlington has incredibly changed in the last few decades. Now 60% of households have an income of $75,000 or more, and 64% of the residents 25 and over hold at least a bachelor’s degree. Rampant gentrification and skyrocketing real estate prices force many long-time residents out of Arlington and limit opportunities for affordable housing. Race and ethnicities have changed too. The U.S Census Bureau revealed that “Hispanic and racial minorities comprise 16.4 percent of Arlington’s population, and 57 percent of the minority population is Asian.” I indeed noticed more minorities in my neighborhood since we first moved to Arlington, even though diversity is still limited. Many times my little one was the only brown girl in the ring at Robbins Library singalongs, kids shows at the Regent Theater, or ballet class at Arlington Dance Place.

I have been in Arlington long enough to identify who mints the alloy of our town, how, where and when. While I laud officials over including diversity in the Town goals and striving for a more inclusive community, way before the Awards Academy even considered its own bias, I can’t help to think we need to do more to breathe more diversity into our lives…at Town Meetings, in the Town offices, in Arlington Schools, at Robbins and Fox Libraries, at the ice cream shop, at the gym etc. For an uniform town is like an all-White acting nominees list: pleasant yet incomplete.

Yawa Degboe is a member of the Arlington Diversity Task Groups and a Human Rights Commissioner.

< Previous Next >
+ Add your own event Eventbrite